About The Shamrock Boat Company 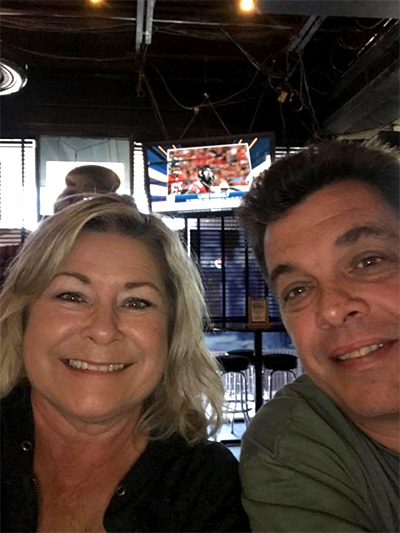 Don and Holly Learn have been involved in the marine industry for over twenty years. Prior to moving to Jacksonville, Don lived and worked on the Chesapeake Bay in boat repairs and wooden boat restoration. After some years as a regional service manager in the power sports and marine industry, Don and Holly opened their first Florida based business as Atlantic Boat and Yacht Repair Inc. Based out of the Sand dollar Marina on the St. Johns River, Don and Holly expanded by leasing the marina and Starting North Florida Charters. After almost ten years of serving the diving and fishing community, the boats were sold in the recession of 2010. Don and Holly continued in the industry as Scuba instructors and operators of pilot boats on the St. Johns River. Don holds numerous certifications including a 100 ton Captain’s license, PADI Master Instructor, Dive Medical Tech, Hyperbaric chamber operations, emergency first responder, diesel and gasoline engine repair, and different aspects of marine survey inspections.

Throughout these years, the Shamrock product line was utilized in almost every way imaginable within our companies. We used Shamrocks as charters for diving and fishing, pilot boats, marina workboats, and towboats.

Don: “I literally owe my life to the performance and reliability of Shamrock boats.”

Holly holds a master degree in marketing and looks forward to bringing her A-game to revitalizing the Shamrock name. As someone familiar with the aspects of a changing market and exceptional with logistics, Holly brings experience to the company hard to surpass. Holly holds a PADI Dive Master rating, numerous Safe Boating Certifications and a marine radio operator’s license. Holly’s work outside of Shamrock involves management and operations of USPS rural route contracts.

This early on, we’re not sure when this new venture will take us but we look forward to representing and preserving the Shamrock name.

See you on the water,
Don & Holly